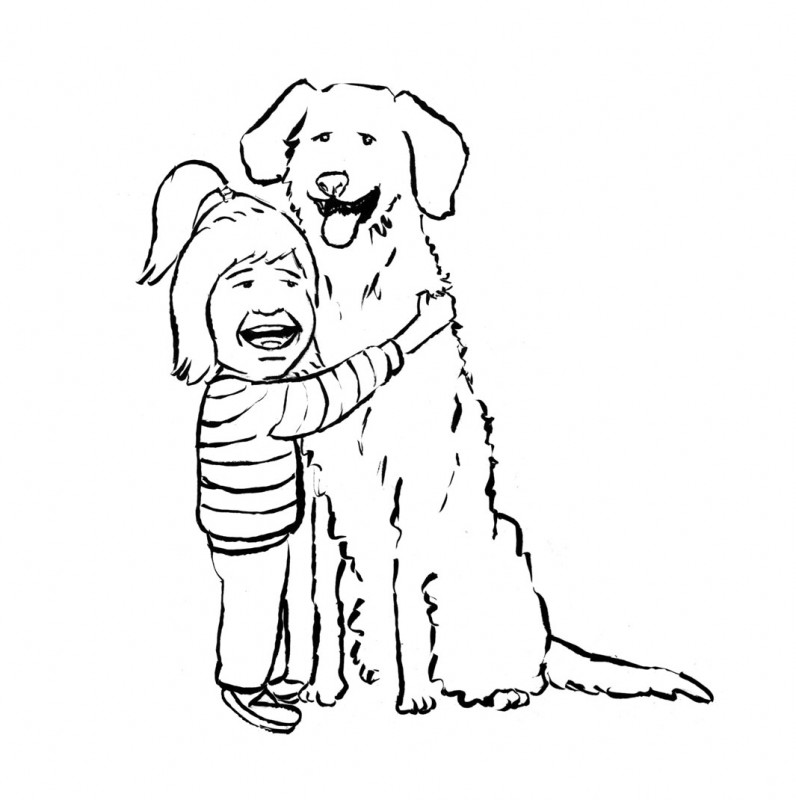 The main reason I haven’t been posting things as often is that I’m now a stay-at-home dad taking care of I rambunctious little girl.  I decided that when one of my daughter’s playmates has a birthday, I would do a quick illustration of something they were really in to at that point in life.  My thinking was that these drawings would be something easy (and small) to hold on to that would be a snapshot to look back on later in life (should the parents deem it worthy!)

My first foray was the illustration for Summer who on her second birthday could not get enough of dogs.  I realized as I started drawing that it is so much harder to capture the likeness of a young child than that of an adult.  As a rule, the fewer lines on the paper, the younger a character is perceived. But young toddlers still have some baby fat giving them creases in their faces that are so much a part of who they are, yet when drawn make them look like bloated adults!  Such hints can usually be made during coloring, but I didn’t have much time so I had to make do.