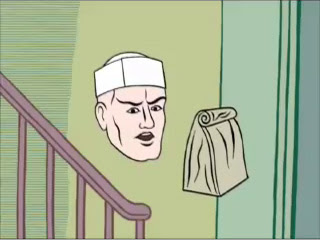 I have once again had the pleasure of doing some animation work with John Kuramoto. This time I provided “additional animation” work on a pilot for Cartoon Network’s Adult Swim programming. The show was written and drawn by Michael Kupperman and based on the characters and stories in his comics.

The pilot was a 14 minute mixture of live action and animation starring Kristen Schaal (Flight of the Conchords), Dan Bakkedahl (The Daily Show), David Rakoff (This American Life), Bill Hader (SNL), and of course Snake and Bacon.  Animated in a low budget 70s cartoon style, the pilot has several vignettes that flow into each other.  Unfortunately, this Mr. Show type charm has been lost when Adult Swim cut it up and posted it in pieces on its website. Here are the rest of the clips in the correct order:  It seems that Adult Swim has removed the clips from their website, so here are a couple of screen shots instead: 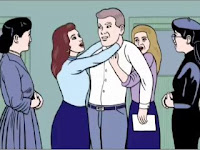 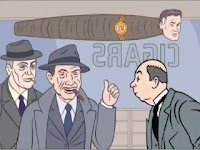