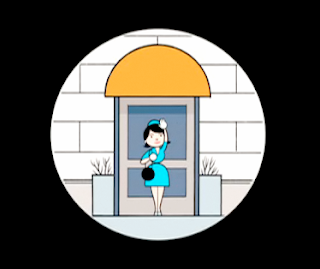 I recently had the opportunity to provide some animation assistance to John Kuramoto for an upcoming Chris Ware cartoon on the TV show, This American Life. I have been a huge fan of the radio show for years, listening to the entire backlog while coding at my job at IBM. So you can imagine how excited I was to learn that John had already worked on a short cartoon for Season One and was asked to work on one for Season Two. He was nice enough to let me do a little of the work! Chris Ware once again did the art and story boarding. John then digitally cut up the art into moving pieces and did the animation. I did the lip sync animation.

The epsiode, Every Marriage Is a Courthouse, will air Sunday, June 1st on Showtime, but the cartoon short has been released as a sneak peak.